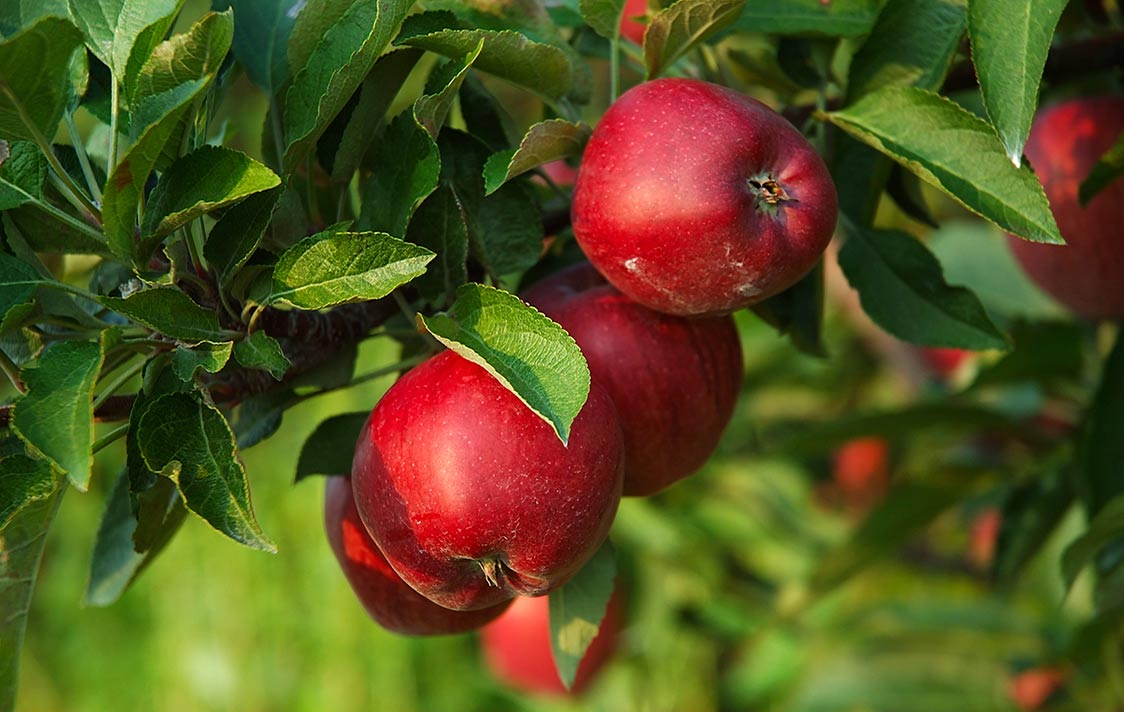 Posted December 2, 2015 by admin in Съвети 3041
Major diseases and pests in apple requiring yearly combat with them are apple scab disease, powdery mildew, late brown rot, apple fruit moth, apple sawfly, leaf miners, aphids and scale insects, leaf-rollers, leaf-feeding caterpillars geometer moth, sucking bugs, mites and others. Combating the pests is conducted through taking agricultural and chemical measures from the winter rest of the trees to the defoliation in the fall.

With the pruning for fruiting all dead and broken branches and twigs are cut and burnt, and the dead trees are uprooted. Removed are the nests of the brown-tail, the white fruit moth, the egg rings of the lackey moth, and the mummified fruits are harvested and burned.

Soil tillage in March contributes to the destruction or deterioration of the conditions for the development of the apple sawfly larvae, the larvae and pupae of leaf-mining moths, the producers of the scab disease, brown rot and other diseases.

Winter spraying in the second half of march with Acarzine 3% or R3 oil – 3% for the extermination of the scale insect larvae and the eggs of the acari insects, aphids, geometer moths and others.

Pre-flowering spraying – takes place from the mouse ear phase until the flower color stars to show, from the end of March till the middle of April. It’s aimed against the main diseases and pests.

The fungicides, insecticides and acaricides can be mixed for simultaneous combat against pests, but the spraying needs to be done immediately after the mixing.

Excise the branches with signs of powdery mildew disease .

Third after flowering spraying – held during the second half of May, mainly against scab and first generation codling moth larvae.

Fifth and sixth spraying – held against codling moth, californian shield aphid and against scab with the already indicated for these pests pesticides. The fifth spraying is carried out at the beginning of the second half of June, and the sixth – in the third ten days of the month. The sixth spraying is last one – against scab and first generation codling moth. Only in highly susceptible varieties and rainfalls may be carried out another 1-2 sprayings against scab. In the fifth and sixth spraying against scab can be used Flint max – 20 gr/ha, Ditan М 45 – 200 gr/ha, Punch – 0,005%, Sistan 12 Е – 0,045%, Rubigan 12 ЕК – 0,045%. The mentioned insecticides are toxic and against leaf-rollers, leaf chewing and other insects.

In July and August develops the bulk of the population of the californian shield aphid. Against apples harm are doing also leaf-rollers, leaf miners, crust eating insects. Also there are conditions for mass reproducing of the red mite. Against these pests are held 4-5 more sprays, mainly against apple moth.

In the seventh – tenth spraying needs to be used one of the insecticides, listed in third after flowering spraying, and in eleventh – an insecticide with a shorter quarantine duration  – Reldan 40 ЕC, Mospilan 20 SP, Gazel. In July, when starts the mass reproduction of the red mite, to the used  insecticide needs to be added one of the following acaricides – Ortus 5 SK – 0,05%, Omit 57 Е – 0,1%, Envidor 240 СК – 40 ml/ha .

After harvesting the fruit and the dropping of 2/3 of the leaves spray with Karambid – 5-7%, and the soil must be tilled.

SPRAYING FOR PROTECTION AGAINST DISEASE NEEDS TO BE ADMINISTERED AT THE START OF THE PLANT INFECTIONS, AND AGAINST PEST –UPON REACHING DENSITY KNOWN AS THRESHOLD ECONOMIC HARM.

The thresholds of economic harm are approximate and depend on the expected crops, used detergents and other conditions.

The terms of spraying comply with the phenological development of the pests in Bulgaria.

–          Casoron 6,7 G – 8-10 kg/ha against annual and perennial cereal and broadleaf weeds, introduced early spring outside the vegetation of the culture.

–          Basta 15 SL – 600 ml/ha against annual and perennial cereal and broadleaf weeds, introduced in the early vegetation of the weeds.

–          Glifozat S 360 – 400-1200 ml/ha against annual and perennial cereal and broadleaf weeds, is imported into budding phase of deciduous and ear formation of the crop.

–          Raundup – 400-1200 ml/ha against annual and perennial cereal and broadleaf weeds, is introduced into budding phase of deciduous and ear formation of the crop